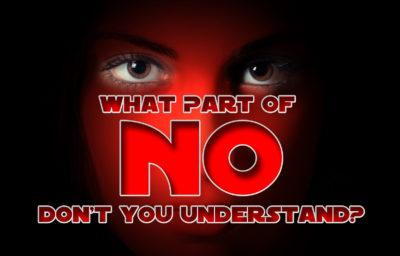 I’m a 38 years old career woman and a survivor of sexual abuse. I was raped at age 18 while in high school by one of my so called friends. It was my first sexual experience. I didn’t tell anyone as I believed it was my fault. Soon I began to deal with anxiety and sleepless nights due to nightmares. By age 20 my doctor took me off caffeine products because I was jumpy and jittery and had a hard time concentrating in my studies. I was OCD in order to keep my life manageable. When things didn’t go as I planned I became easily irritated. I also gained a few extra pounds and dressed very conservatively in order to hide myself because I believed I was ugly. I have done enough therapy to no longer hide and I even realized I look beautiful!

I am having a hard time finding someone I would want to build a family with. In time my standards have become very high. I can’t seem to trust anyone. Any suggestions on how I can trust again?

Thank you for your candidness. Rape, sexual abuse and sexual assault is a degrading violent behavior toward the safety and dignity of women. You suffered a heinous crime, one that diminishes the ability to trust—not only others, but even yourself. Rape steals your sense of security, your sense of beauty and sense of self-worth. Because most rape happens by known and trusted individuals, being in a committed relationship is often seen as a threat; increasing relationship distress and dissatisfaction. It can be a life-time journey of healing.

Every two minutes someone is sexually assaulted. Nine out of 10 victims of rape and sexual assault are female. One in five women and one in 71 men will be raped at some point in their lives. Since 63% of sexual assaults are not reported to police, making rape the largest under-reported crime, most rapists live among us. In eight out of 10 cases of rape, the victim knew the offender. The prevalence of false reporting is quite low— between 2% and 10%. One in 9 girls and 1 in 53 boys under the age of 18 experience sexual abuse or assault at the hands of an adult. Females ages 16-19 are 4 times more likely than the general population to be victims of rape, attempted rape, or sexual assault.

Trauma involves unpredictable events that go against our values or make us feel unprotected or not taken into account or an overwhelming feeling our life is at stake. For survival, the brain responds with fight and flight, releasing cortisol and adrenaline, but when a person freezes or is blocked from taking effective action—whether, in a war zone, car accident, domestic violence, or a rape— those hormones stay in the body, resulting in an altered neurophysiology of the brain. After experiencing a traumatic event, the brain keeps secreting stress chemicals, and the brain’s electrical circuits continue to fire even when the threat no longer exists—the brain rewires to be ready for another attack. The trauma is incomplete and seeks resolution. Until healing has occurred, the trauma is still happening in the mind.

It’s normal for survivors of sexual violence to experience feelings of anxiety, stress or fear as well as depression and/or rage. While all survivors react differently, when these feelings last more than few weeks or interrupt your day-to-day life, it may be diagnosed as post-traumatic stress disorder (PTSD). Some individuals with PTSD do not show any symptoms or reactions for weeks or even months after the traumatic event occurred. 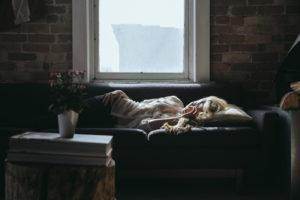 1. Re-experiencing: feeling like you are reliving the event through flashbacks, dreams, or intrusive thoughts
2. Avoidance: intentionally or subconsciously changing your behavior to avoid scenarios associated with the event or losing interest in activities you used to enjoy
3. Hyper-arousal: feeling “on edge” all of the time, having difficulty sleeping, being easily startled or prone to sudden outbursts

1. Analgesia: experienced as emotional or physical numbing. A survivor may report feeling nothing or may not have a clear emotional or cognitive response to the sexual assault. At first, you may experience denial and disbelief that someone could treat you so callously and cruelly. You numb out, shut down and experience a pervasive sense of profoundly learned helplessness.
2. Cognitive confusion: when a person’s thoughts don’t make sense. They may seem fragmented, incomplete, or even influenced by someone else. The survivor finds it hard to believe their own story.
3. Amnesia: the mind’s attempt to erase disturbing content from its own history. This disturbing content feels so unbearable that the conscious mind literally cannot handle knowing it to be true. The survivor, forgets part of the story, wondering if it happened at all.
4. Isolation: Feeling alienated, detached or different from friends and family. Negative thoughts about oneself or the world, distorted feelings of guilt and blame and loss of interest in enjoyable activities.

The Neuroscience of Trauma

1. Left Prefrontal Cortex: A person’s capacity for language is controlled by their left prefrontal cortex. When a survivor struggles to describe the details of their assault, it is in part due to the actual shrinking of this part of the brain that controls their physical ability to communicate those details.
2. Hippocampus: The part of the brain that organizes memory and encodes new information. It holds access to past experiences, facts, and our awareness of our own history. Trauma interferes with memory and creates attention problems due to the actual shrinking of the hippocampus.
3. Amygdala: Controls much of a person’s emotional functioning. It detects danger and responds with emotions like anger and fear. It goes into overdrive when it has experienced trauma, creating a hypersensitivity that often looks like irrational behavior and making it virtually impossible to regulate our emotions.

The Road to Recovery

1. Separate – the threat must be removed from your life
2. Love – surround yourself with people who care and support you including working with a professional
3. Body Awareness – know your body, what your feeling and sensing
4. Detox – trauma reverses reality; therefore, each false belief needs to be replaced with the truth
5. Accept – you are worthy of being loved
6. Explore – try new things without fear of failure or fear of chaos
7. Choose – to be in a relationship that won’t abandon, betray or abuse you

Elise, you have done excellent work recovering your self-esteem, sense of beauty and of regaining a sense of stability. Trust the journey you are on. If you are in a relationship, try a couples’ retreat or work with a professional together to see if the barrier can be removed, allowing you to grow in love together.

If you are single, enjoy your dating life, keep aware of your standards and criteria, and make a mental note when you meet the man who makes you feel like the best version of yourself. When there’s a true connection he’s going to want to meet and exceed your expectations (and you will want to do the same for him!).

From Love Trauma To Fearless Love: 7 Tango Steps for Breaking Free From Narcissists and Predators