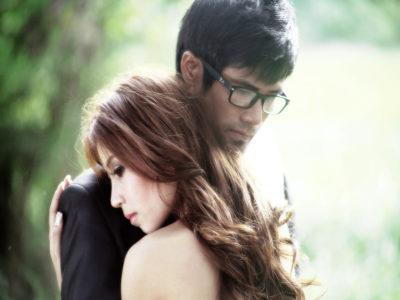 I’m 41 and have been together with my girlfriend for 2 years and everything is great. We’ve talked about getting married, but I’m not sure that is the best route for me. She understood, at the beginning that I was not interested in getting married again, but there might be a time in the future when I would possibly reconsider. I’ve been married before and lost a great deal in my divorce. I’ve read that second and subsequent marriages can suffer from divorce rates higher than the first! I’ve been mulling over the idea of our commitment. I love her dearly and would be happy to adopt her children as my own and move to the next step of living together. What do you think about re-marriage? When do you think it’s a good idea or not? Would you ever recommend re-marriage when the chances of divorce are potentially so high? Is there a case for re-marriage? – Kenny

Thank you for asking for support while considering the next steps in your relationship. Your willingness to adopt your girlfriend’s children demonstrates your commitment to them. If you are willing to put it all on the line for the children, what’s keeping you from doing the same for the woman you love dearly?

You indicated you had been married before and lost a great deal. The ugly truth about divorce is it’s not supposed to happen. When it does, it tears apart two people, two hearts once joined as one. It’s unnatural. As human beings we connect, relate and bond. Divorce can leave you picking up the pieces, to make sense of a world that’s upside down and in a state of chaos. The good news is that you can recover from divorce as you can from many traumas. The question is not if there’s a case for re-marriage. The real question is, are you willing to recover from your losses, learn from the past and open yourself again to unconditional love and marriage? It requires risk. It always does. Today, you’re aware of the cost when it fails. Take your time. Complete your healing and love. Paradoxically, the antidote to your losses is your ability to once again be able to express unconditional love.